Despite the widespread use of digital circuits, such as processors, programmable logic devices and SoC circuits, being a combination of the two, sometimes the electronics designer has to reach for ‘analogue’ elements, such as: resistors, capacitors or induction coils. What is interesting, while it is relatively easy to incorporate a resistor or a capacitor (with a capacity counted in picofarads) into an integrated circuit structure, it is very hard to do so with an induction coil. That is why the application notes of many elements still mention an induction coil as an external component added to the set. This article offers some basic information about induction coils and a description of elements of their structure that affect their parameters.

Structure of an induction coil

An induction coil is not complicated. It consists of a core and insulated wires wound around it. The core can be either an air core or one made from magnetic materials. It is important that the wires wound around the core are insulated, which is why insulated wire is used to make coils, or they are wound using an uninsulated wire (for example, the so-called silver steel), but with an air gap ensuring the required separation between the individual turns of the wire. If uninsulated wire is wound turn by turn, a short-circuit will occur and, although some inductance will be present, it will definitely be different from the desired one.

In practice, damage to the induction coil often occurs, i.e. a short-circuit between the wire turns as a result of insulation breakdown, due to exceeding the maximum permissible temperature or voltage. A coil damaged in this way needs to be rewound or replaced with a new one. Mains transformers also get damaged in this way. Further use of such a damaged transformer can result in its overheating, a short-circuit in the mains or even ignition of the transformer or a device powered by it.

What is an induction coil?

An induction coil is an element that stores energy as a magnetic field in the core, so it changes the electric current energy into the magnetic field energy, or the other way round. Change of the current flowing through the windings leads to the generation of an electromotive force in the direction that counteracts this change. Similarly, the changeable magnetic field penetrating the core causes the induction of voltage. This can be shown using the following formula:

It is easy to spot the feature that was mentioned earlier – the electromotive force e has an opposite direction than the voltage causing the current flow. It counteracts rapid changes of current flowing through the coil and enables the coil to perform one of its basic functions – to be used as a so-called impeder.

Basic parameters of a coil are its inductance and resonant frequency. Inductance is, in other words, the ability of the coil to store energy in the form of a magnetic field caused by the flow of the current. Inductance is measured in henries and is defined as a ratio of temporary voltage to current change in time.

The resonant frequency of a coil is discussed while describing the parameters of an imperfect coil, because it is connected with parasitic capacitance.

The inductance of the coil is expressed using the following formula:

The symbols used in the formula stand for:

The relative permeability of unpolluted air does not differ much from the permeability of vacuum, so, to simplify, in the engineering practice it is assumed that μ = 1 and the air-coil inductance formula is: 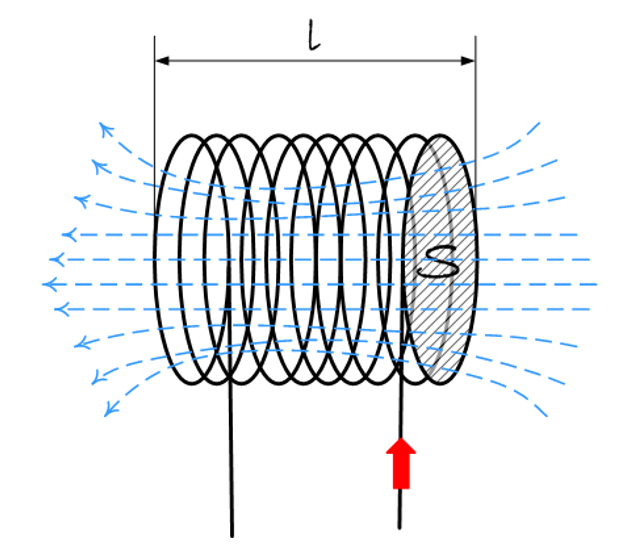 Blue lines show the lines of magnetic field force directed in accordance with the Lentz Rule (the so-called right-hand rule).

Let us summarize this paragraph by listing the parameters of the coil which have the most significant influence on its inductance:

Why are the cores used? Firstly, thanks to that it is possible to store more energy with fewer turns than in the case of an air core equivalent. Secondly, it is due to the mechanical structure of the coil – the core is a support for wire turns and enables proper mounting in a target device. The third important reason is the concentration and conduction of the magnetic field. In some applications a possibility to regulate the coil’s inductance by changing the core’s position in relation to the wire turns, for example by inserting or ejecting it, will also be important.

Up to this point, we have been discussing the parameters of a perfect coil. Meanwhile, under realistic conditions, the winding wire will have some resistance and capacity, which will influence the coil’s actual parameters which we have not considered yet.

The figure shows an equivalent direct current scheme of a real coil. A resistor, representing the winding wire’s resistance, has been connected in series to the coil turns. With the current flowing through the coil, it will cause not only the voltage drop, but also power loss in the form of heat, which may cause the coil to overheat and change the core parameters. As a consequence, electrical efficiency of the whole device also decreases. 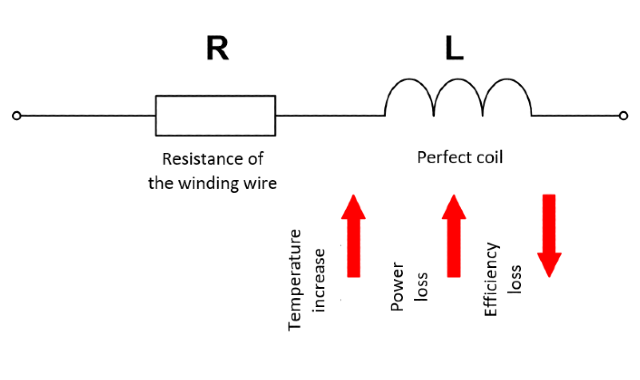 In the case of alternating current analysis, the parasitic capacitance generated by the uninsulated layers of the conductor should also be taken into account, and that is why the equivalent diagram, apart from the resistor, includes also a capacitor connected in parallel to the coil’s terminals. An RLC circuit is created this way, and the coil itself is inductive before reaching the resonant frequency, and becomes capacitive after reaching it. That is why the impedance of the coil increases with the resonant frequency to reach its maximum value in resonance and decrease after exceeding the frequency. 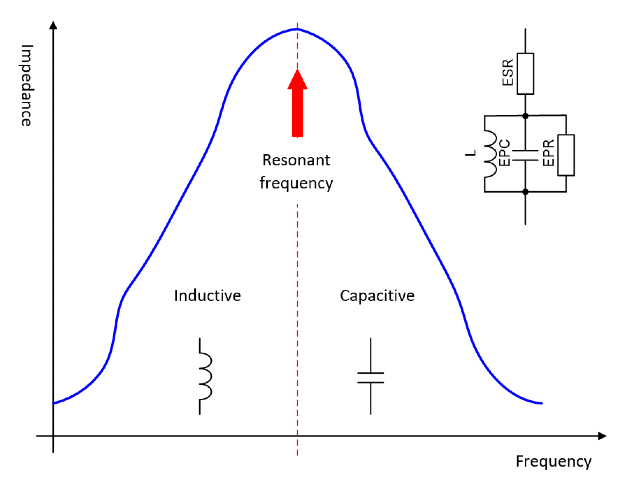 Three types of power losses in the induction coils

In the applications of coils, there are three dominant types of power loss considered. The first one has already been mentioned earlier, namely the loss occurring in serial resistance, i.e. that of a winding wire. This power loss should be especially taken into account when the current flowing through the coil has a high amperage. This is the most common power loss in power supplies and power circuits. It causes overheating of the coil and, as a consequence, of a whole device. This is also the most common reason for damage, as high temperature can cause harm to the insulation and a short-circuit on the coils.

The second type of power loss is that occurring in the core. It is a result of irregularities in workmanship, occurrence of eddy currents and changes in the position of magnetic domains. Such losses are dominant when the current flowing through the coil has a low amperage. They occur in circuits with a high frequency, digital signal separators and others. This may lead not so much to damage to the coil, as to loss of the signal level in sensitive circuits.

The third type of power loss is the one occurring as a result of a loss of magnetic flux which can be dispersed by mechanical mounting elements, air-gaps in the core or negligent workmanship during production of the coil itself.

An induction coil is a simple component and is, therefore, a little neglected. Meanwhile, when mounting an electronic circuit equipped with chokes or transducers, one should pay particular attention to the inductive components chosen, including their resonant frequencies or parameters of the core material. Different cores are used with the current frequency of tens or hundreds of hertz and different ones with a frequency of hundreds of megahertz and more. Sometimes, with high frequency signals, a ferrite bead is enough.

Induction coils can be produced in different ways. Typically, several to several hundred turns of wire are wound on the core. In some applications, turns are wound as paths on a printed board, and sometimes closed in a ferrite cup core. These days, the majority of coils, in particular chokes used in power circuits, are made for the purpose of SMT mounting. Yet, the technological race is tight, and ever new magnetic materials are being developed that are able to retain their characteristics and limit the losses, despite the temperature increase etc.

A coil designed to work at a low frequency typically has an iron core and a high number of turns, which makes it relatively heavy. That is why in many applications, in particular those vulnerable to shock and surges, the method of mounting plays a significant role. Usually, soldering the coil is not enough – its core has to be fixed properly using a clip, a holder or a screw. When choosing a coil or a transducer for a device, this aspect is worth taking into account.

Applications of induction coils in electronics

Coils are used to:

Some applications of coils are similar to the those of capacitors. As we already know, a coil behaves like a capacitor after exceeding the resonant frequency. It does not mean, however, that those elements can be used interchangeably in a circuit.

Make sure you watch a video concerning the topic of induction coils and its application in electronics: 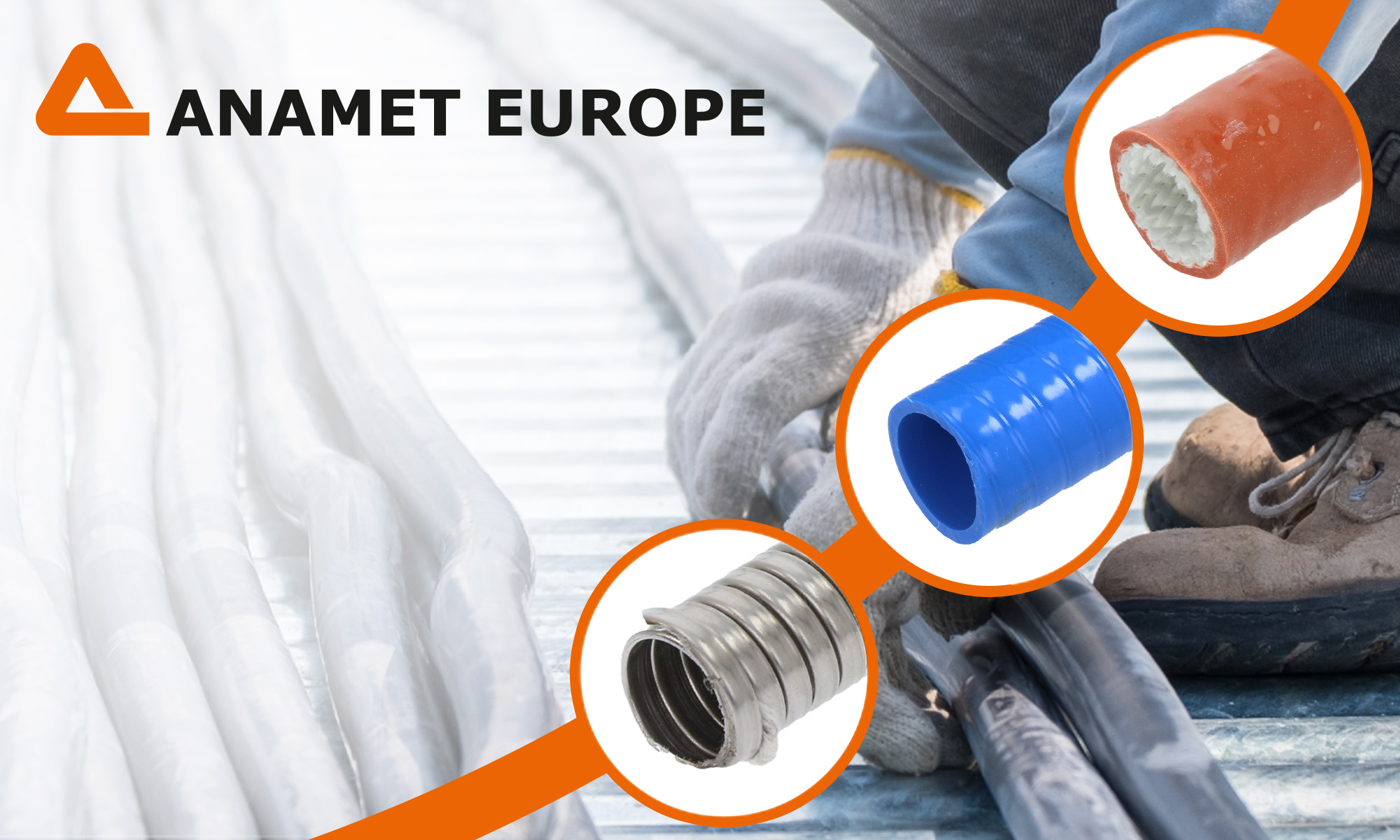 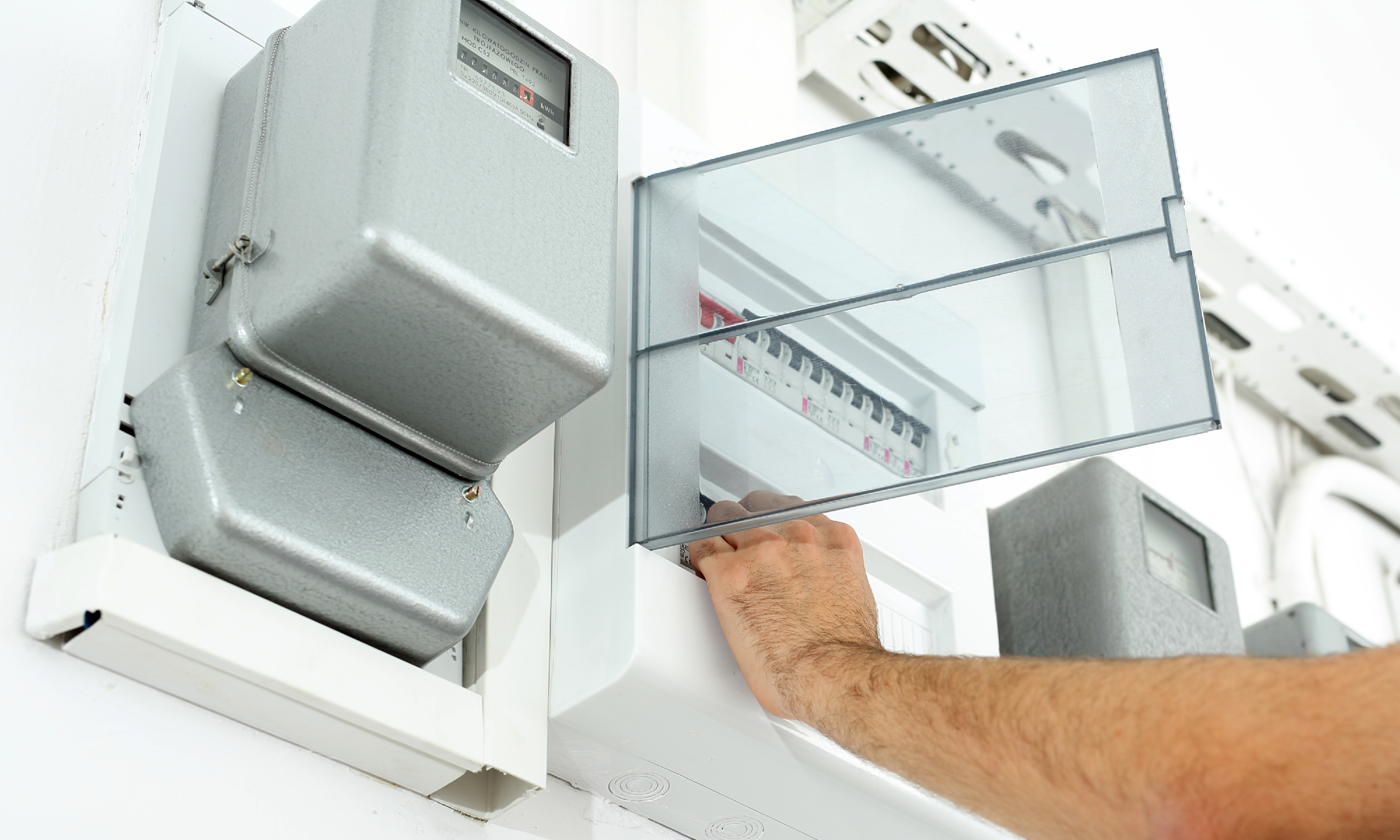 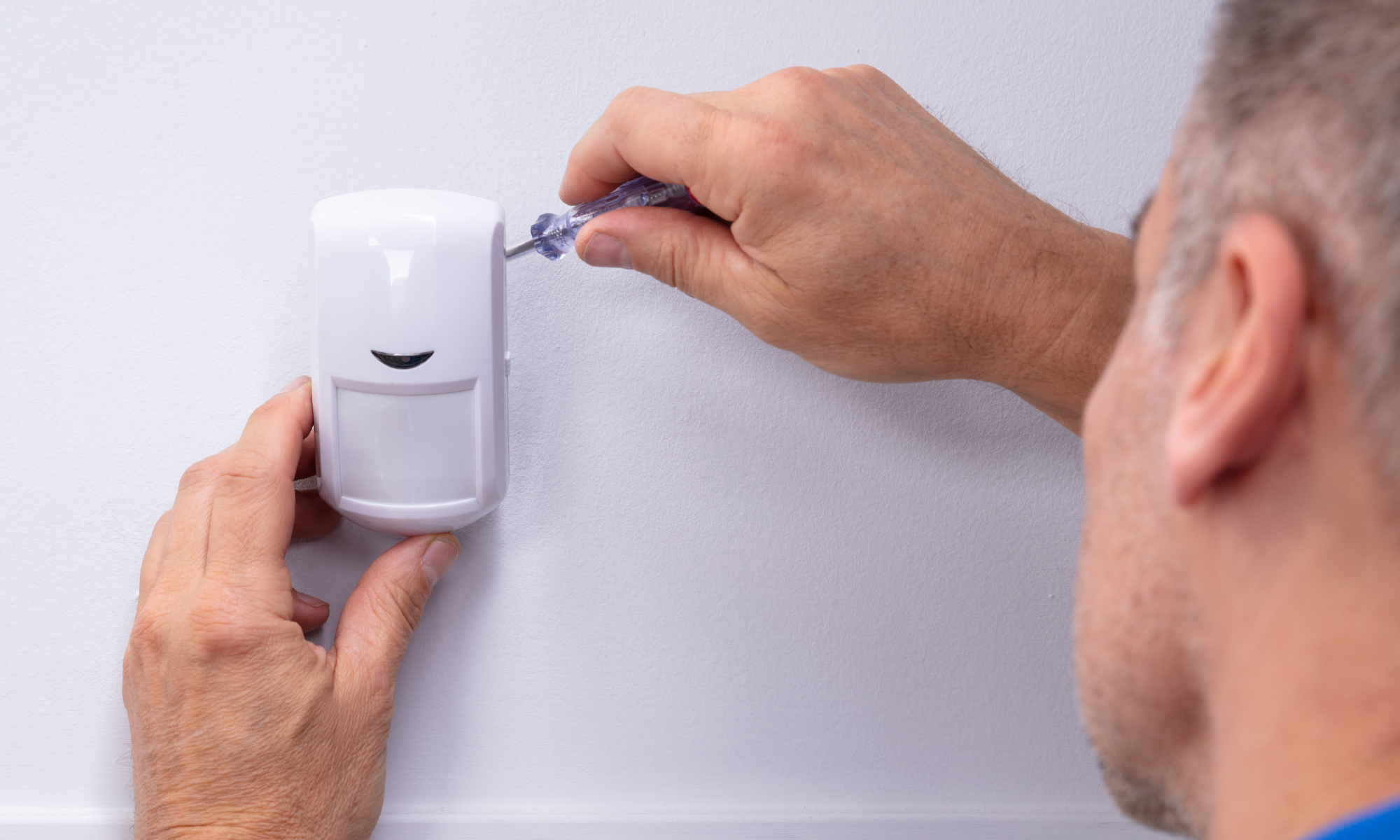 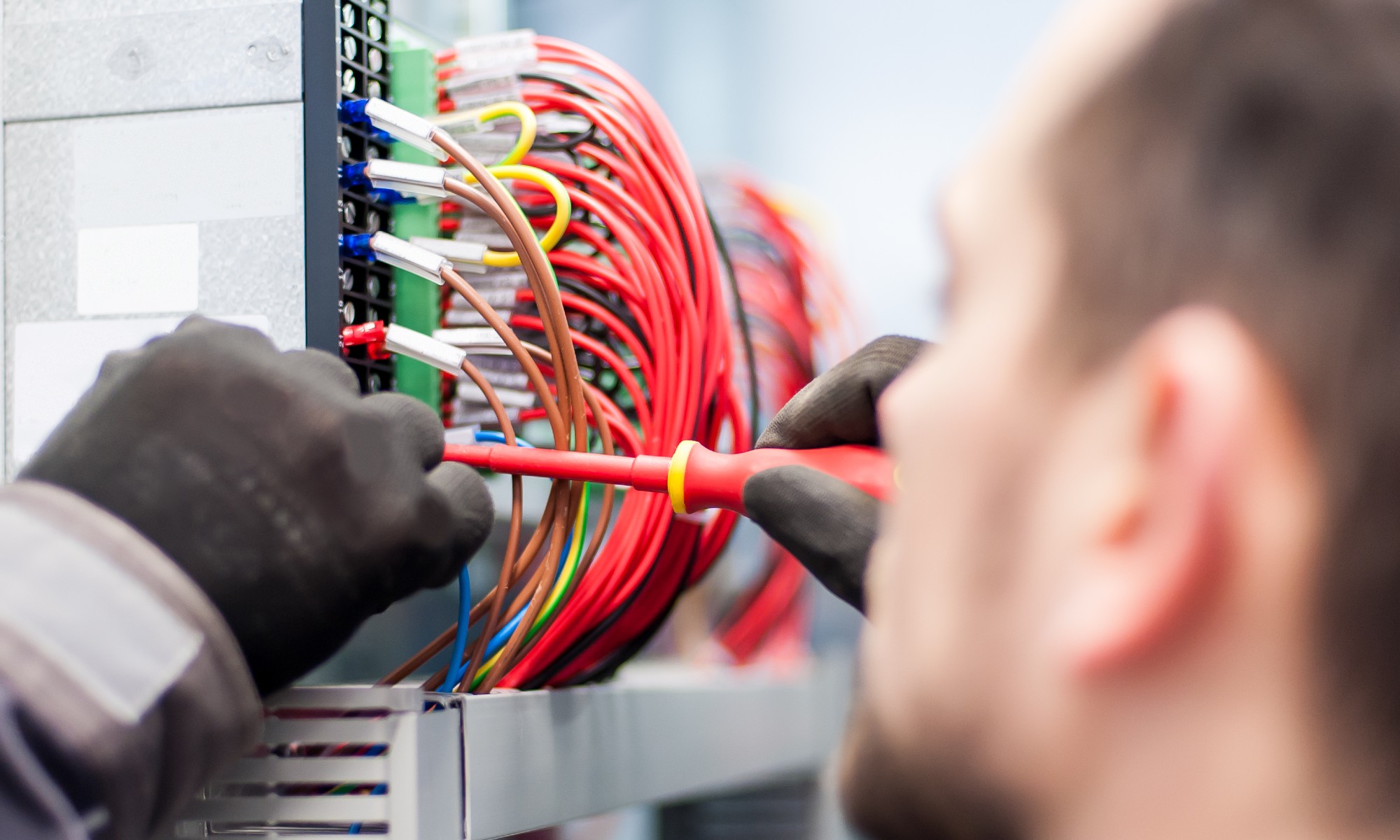 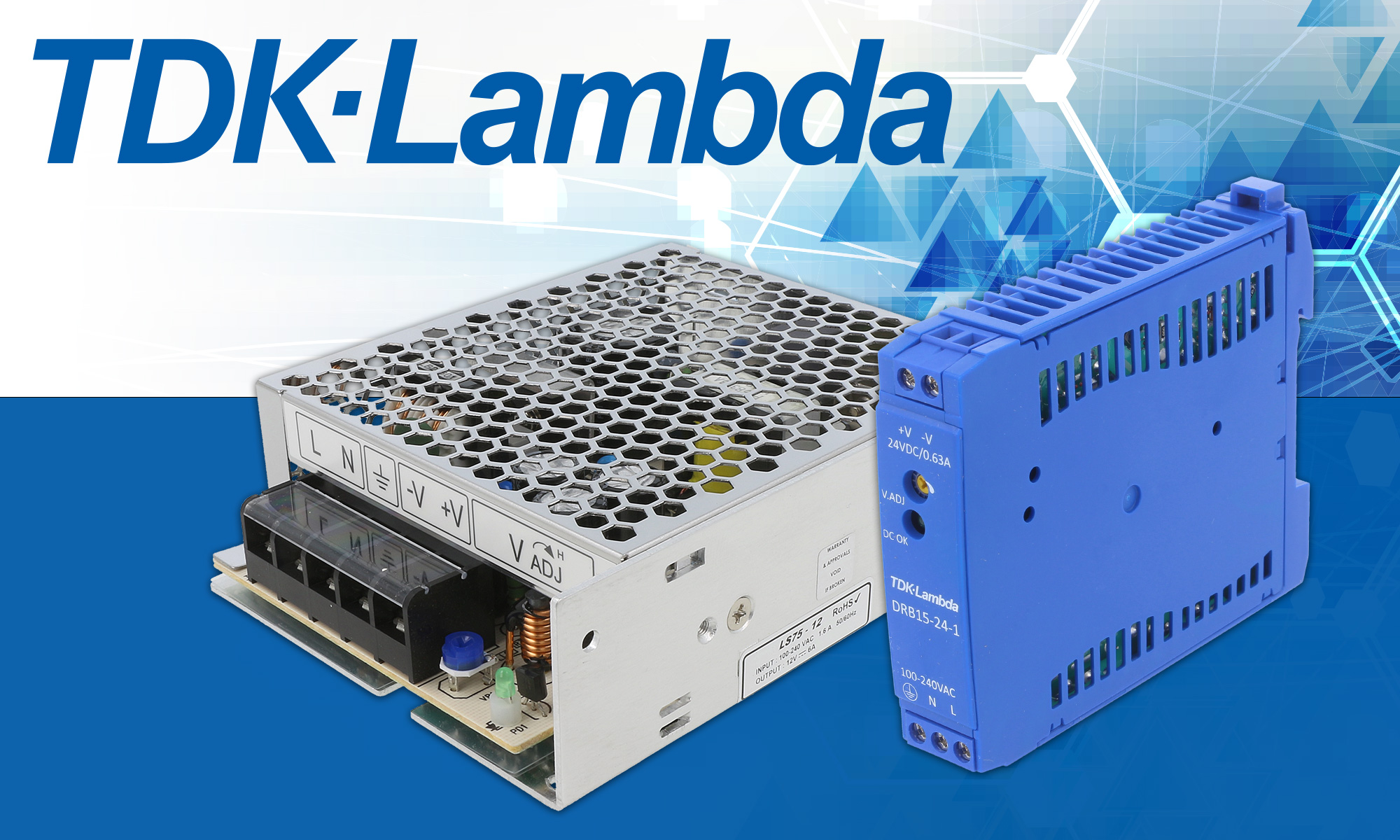 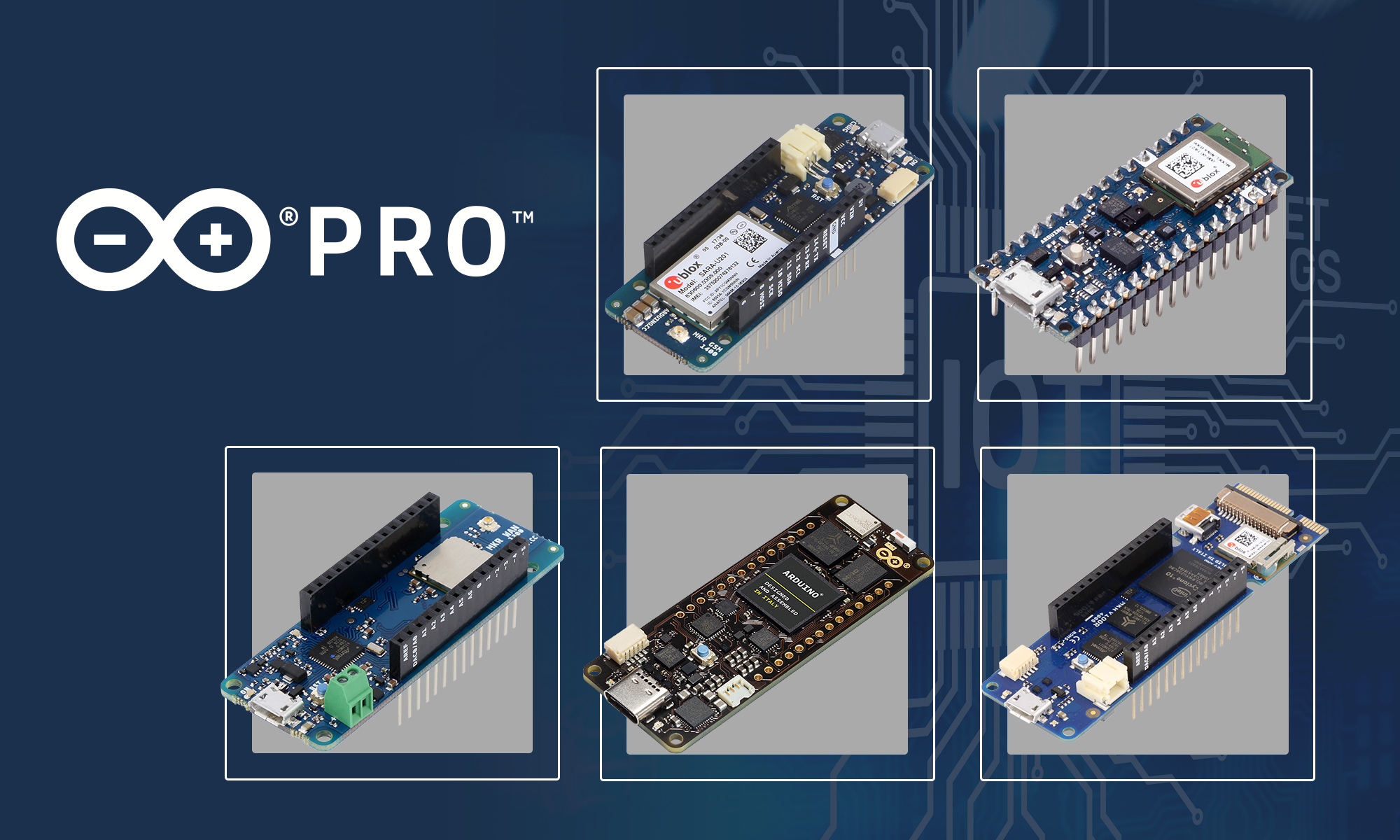 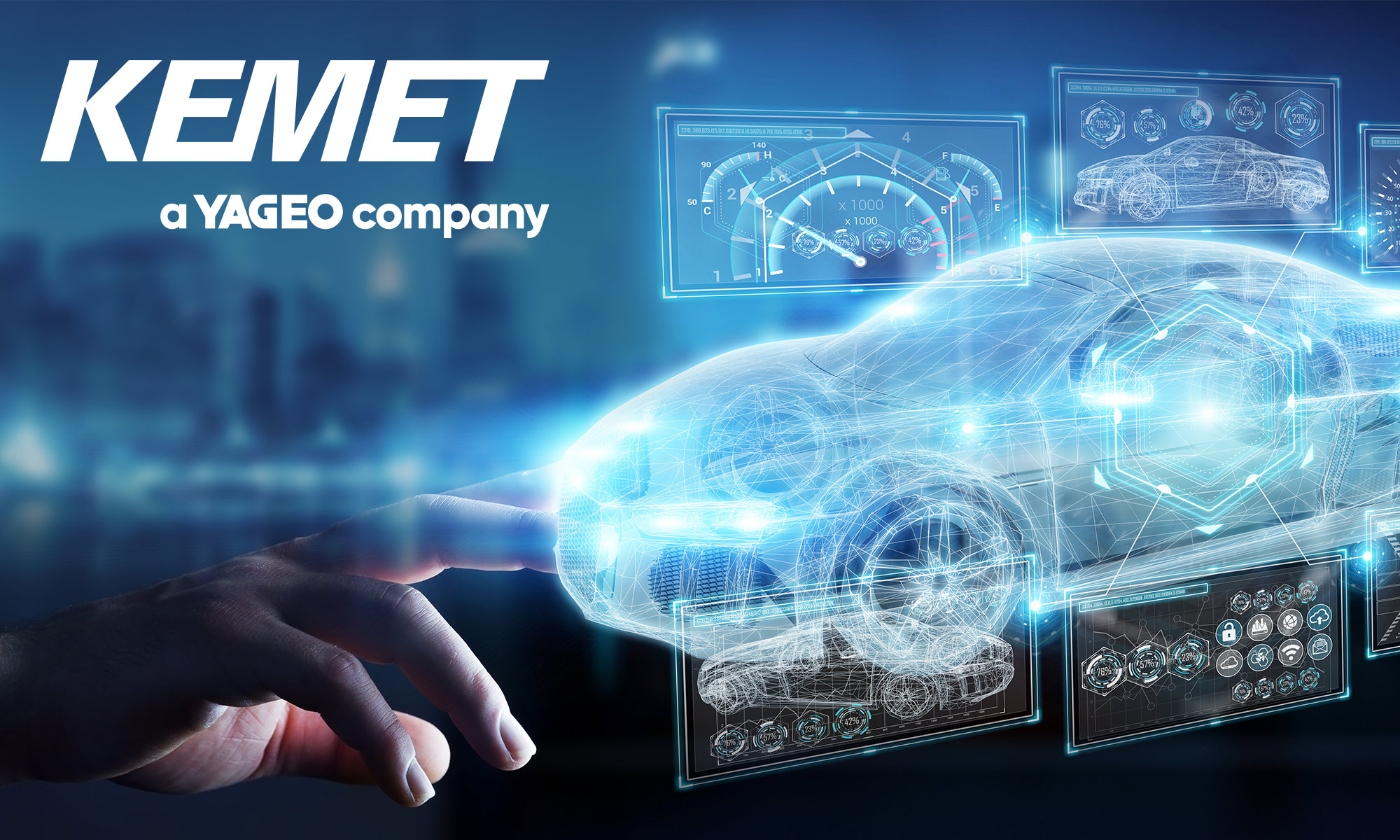