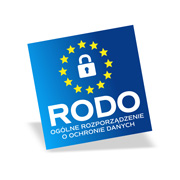 With effect from 25 May 2018, the current data protection legislation is amended. The General Data Protection Regulation of 27 April 2016 (hereinafter referred to as “GDPR”) is in force. Therefore, we address this information to our Customers and Potential Customers to inform you about how we process your personal data.

Your personal data controller, i.e. the entity which decides about the purposes and methods of processing your personal data is Transfer Multisort Elektronik sp. z o.o. with its registered seat in Łódź, address: Ustronna 41, 93-350 Łódź (hereinafter referred to as TME). Providing the data is voluntary, but necessary in order to conclude an agreement and subsequently provide the service as ordered.

In matters relating to personal data protection, you can contact the Data Protection Officer at dpo@tme.eu or write a letter to our registered seat.

Data collection and the processing purpose

We process your personal data due to the fact that it is necessary for the performance of the contract concluded with you, i.e. the provision of the service (which is in accordance with Article 6(1)(b) of GDPR) including:

In addition, the law requires us to process your data for tax and accounting purposes.

Furthermore, we may process your data for marketing purposes, i.e. to promote our products and services. If we do this without the use of electronic means of communication, the legal grounds for carrying out such activities is Article 6(1)(f) of the GDPR, where conducting marketing activities is the legitimate interest of the Controller. On the other hand, if we use electronic means of communication for this purpose, i.e. e-mail, telephone, we process data only on the basis of your consent (which is in accordance with Article 6(1)(a) of the GDPR).

Your personal data may be transferred to other entities that process your data on their own behalf, including but not limited to:

Your personal data will be retained for the duration of a contract (performance of services) and after its termination:

Furthermore, if you consider that the processing we carry out infringes the provisions of GDPR, you have the right to lodge a complaint with the data protection supervisory authority.

Your personal data will be processed automatically (including in the form of profiling), but this shall not have any legal effect on you or significantly affect you in a similar way.

Personal data profiling by TME involves the processing of your data (also by automated means), by using it to evaluate certain information, in particular to analyse or forecast personal preferences and interests.

The continuous advancement in technology and know-how in the field of electrical and electronic equipment causes the faster and faster invention of new-generation devices, which, in turn, leads to the production of considerable amounts of waste, because the time of using such a device as an active product is being shortened. There are many hazardous substances in such products, for example heavy metals, especially mercury, cadmium, lead, hexavalent chromium, flame retardants and this fact causes that waste is environmentally hazardous. For that reason the European Union has taken legislature measures leading to the minimization of the risk caused by such waste. To achieve it, the RoHS Directive on the restriction of use of certain hazardous substances in some electrical and electronic products has been adopted.

The Transfer Multisort Elektronik Company since the beginning of the year 2005 has continued to conduct intensive research and has carried out projects to be prepared for adopting the new Directive and to introduce in its offer products that meet the RoHS Directive requirements. Our intention is to provide the customers with full availability of environment-friendly components. However, this aim depends on the electrical and electronic components manufacturers' capability. To make an effort to meet our customer needs the TME Company has introduced the control system checking the conformity of components production with the Directive. It will allow us to cooperate without problems with our customers in the period of this directive implementation.

Below we show the interpretation of legal situation related to the RoHS Directive.

On 1 July 2006 the RoHS (Restriction of Use of Certain Hazardous Substances) Directive of the European Comunity concerning the environment protection came into force. The Directive prohibits using in electrical and electronic products six dangerous substances (above the permissible maximum values) such as:

The RoHS Directive derives directly from the WEEE (Waste from Electrical and Electronic Equipment) Directive of the European Community known as "Waste Directive" and is tightly linked with it. The aim of both directives is to reduce the electric and electronic products waste and to eliminate the risk of polluting the environment.

The maximal values of concentration

The groups of products included in the Directive

The RoHS Directive includes groups of products, such as:

The RoHS Directive concerns the EU markets, however, it has quickly become a standard on the international markets because of the globalisation process of the electronic industry. Similar actions, as these determined in the Directive, take place in many non-European Union countries.

After the 1 July 2006 every end product, falling under the Directive and introduced in the EU market will have to meet the requirements of the RoHS Directive. This concerns products imported to the European Union as well as those intended for sale and produced in the EU. The RoHS Directive concerns finished products, it does not concern the components and half-finished products constituting the end product. In reality the manufacturers will need components that are conformed with the Directive in order to make the end product that meets the Directive requirements.

The correct implementation of the RoHS Directive is under control of an executive body, which can take actions, needed to state the correctness of the process of meeting the Directive requirements by the manufacturers. Any inconsistency can lead to the fines, as well as to the complete withdrawal of the product from the EU market.

The substances conditionally allowed for the production purposes

The Directive includes few concessions from the restrictions of using hazardous substances, because of lack of technical possibilities to substitute these substances.

The major exceptions are: lead and mercury. The lead can be used:

As far as the mercury is concerned, it can be used in fluorescent tubes and in other types of lamps. The Directive also allows, on special conditions, using cadmium plating and hexavalent chromium. On the basis of specific applications the European Union can conditionally allow other harmful substances, however, it will be only a temporary permission.

Products provided for in the Directive (with the exception of components) must meet CE marking requirements. Additionally, the manufacturers themselves have introduced their own marking systems to facilitate the identification of such products.

The impact of the Directive on the EU and global markets

The Directive has a considerable impact not only directly on the manufacturers and supplying companies, but also on the logistics, the quality control, warehouse stocks, supplies and also on the final customer. The RoHS Directive has also impact on products, which are not directly included in it, since the manufacturers should anticipate various usages of their products by the final customer, whose interest is protected by the Directive.

The declaration of conformity with the RoHS Directive

The European Union requires all the products provided for in the Directive (with the exception of components) to comply with the RoHS Directive. Moreover, the customers may demand to review full documentation certifying such compliance. It is common to indicate the RoHS elements on collective packages and unit packages, on invoices or shipping lists.

The green and PB free labels

There are also used by the manufacturers such labels as green and PB free. These labels are not in conformity with the RoHS Directive. The first means only the reduction of using harmful substances, not adapted to the process of lead-free soldering, (higher temperature of soldering), the second means a product without lead.

The restrictions of using harmful substances causes the necessity of introducing new, more expensive metals and its compounds in the production process. The process itself will be also subject to changes to make products in conformity with the RoHS Directive. All these changes will provoke quite considerable increase in the production costs of the components meeting the Directive requirements.

The so-far solder alloys should be eliminated from the production processes. The most important component prohibited in the Directive is the lead. However, the European Union has not selected any unequivocal alternative in this field. The most popular lead-free alloy, which can substitute the lead alloys, is the alloy made on the base of tin, silver and copper (SAC). However, it is characterized by higher melting temperature.

The complete conformity with the RoHS Directive

The total conformity with the RoHS Directive requires not only the reduction of prohibited in the Directive substances, but also the components adaptation to the free-lead soldering process, that is, to make the component resistant to the higher temperature of soldering. Unfortunately, free-lead solder alloys melt in temperatures higher by about 400C than lead alloys. The soldering time also increases, which has a negative impact on the quality of the soldered connections. The electro-conductive adhesives can be a possible alternative in this field, however, nowadays they are not commonly used.

The above information does not exhaust the subject of the RoHS Directive. We do hope that it has helped our customers to become familiar with the problems and the possible solution measures.